The Only Key to Success That Entrepreneurs Need 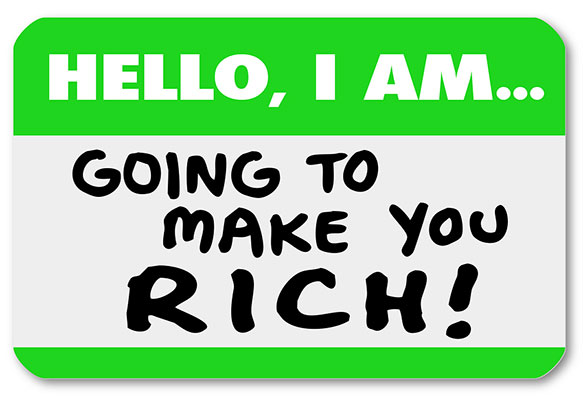 When Neil Armstrong walked on the moon and declared, “This is one small step for a man, one giant leap for mankind,” it was transformative. It was success as defined by that particular mission. It was anything but “one” or “small.”

Like success in business, it was a mission composed of a million small steps and victories.

So, too, entrepreneurs are in a rush. In a society in which we stand in front of the microwave and yell, “HURRY UP!” anything we want to know, do, or have is a mere click away.

Even Superman leaps over tall buildings in one single bound.

Except—that’s not reality for most entrepreneurs, and it’s hurting your success.

Facebook is one of the fastest growing companies in history. It grew from an unpretentious dorm room to over 1.18 billion users in August of 2015 in a mere decade. It continues to alter the communication landscape as it persists in dominating the Internet.

Regardless of what you think about Facebook (I think Facebook is a slacker), the rapid growth of Facebook has literally changed many aspects of life, including marketing, politics…and business.

Many of the changes triggered by the Facebook Effect can be construed as positive. There are, however, other aspects that may be damaging to your business without your knowing.

As a business coach who has worked with entrepreneurs since the mid 90’s, I’ve noticed a dramatic shift in expectations that has accompanied the dawning of such fast-growing, mega businesses like Facebook, Google, and Amazon.

In the mind of the “average” entrepreneur, if success came fast and big for other companies then, somehow, the same hyper-growth and attainment awaits them. Except it doesn’t.

Too many entrepreneurs expect instant success. Unrealistic expectations of what is possible—and what it takes to grow a successful business—cause lane changes that ripple through the business preventing a business from gaining any sort of traction.

What happens when instant success eludes you? It’s quickly followed by unnecessary anxiety and the “what’s wrong with me” syndrome. Even the most gifted entrepreneur experiences an erosion of confidence. It’s not a pretty picture.

Jeff Olson said it best in his book, “The Slight Edge. Turning Simple Disciplines into Massive Success & Happiness,” when he said the real key to success is mastering the simple daily disciplines…the simple productive action, repeated consistently over time.

Jeff went on to say that the difference between achieving—or not achieving—our goals lies in our ability to master the mundane—conquering those things that are as easy NOT to do as they are to do.

Activities such as strategic thinking, blogging, planning—require discipline. Whereas poking around on Facebook, responding to unimportant emails, and distracting ourselves from real business work is easy.

Your success in business, much like our moon program, is composed of a million small steps and victories. How willing are you to master the mundane in exchange for your “overnight” success?