It’s hard to imagine how long social media has been around. Seems like only yesterday when we connected and communicated face-to-face, by letter, or a phone attached to the wall. 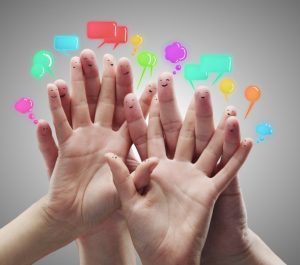 Through the years, we’ve seen several approaches to social media. (Remember when it was cool to post your lunch on Twitter — until it wasn’t cool anymore?) And, we found more and more uses for social media — from reconnecting colleagues and cousins to notifying the world of disasters to uniting products and services with consumers.

There’s much good that social media creates — that is, until business got cocky. We went from digitally dialoguing through our social media channels to automating those conversations with software. In my parents day they called it “phoning it in”. (For those born before 1980, that means, “to fulfill a responsibility with a minimum effort rather than the appropriate level of effort.”)

Automation in social media definitely has its place — to make life easier and simpler, especially for small business owners who don’t have the luxury of a social media department or a 13-year-old granddaughter who can post hourly.

If You Build It, They Will Come

No. They don’t. Just ask the millions of small business owners who launch a Facebook business page. Why? It’s called “social” media for a reason. At some point, we have to be “social” on social media.

Just like you won’t get results at an in-person networking event if you stand in the middle of the room and shout out your services to everyone within earshot, you won’t get results (i.e., website visits, leads, clients, sales) if you’re not interacting and speaking with (not to) those in network.

Social media is merely a tool. It was designed to facilitate conversations between people in order to build relationships — not replace them.

Now, get out there and talk to people!