Does Your Networking Persona Get in the Way of Growing Your Business? 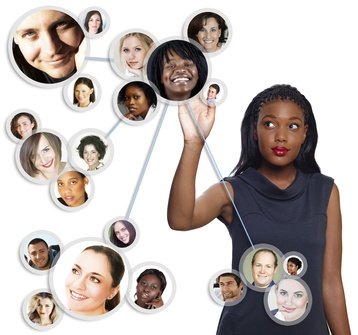 Social media, as an extension of Web 2.0, became the most powerful source of news and information in 2012. It’s leveled the playing field for small brands to compete with big brands with bigger budgets. For small business entrepreneurs, it’s much easier to connect with their target audience with no/low cost marketing.  Even so, many entrepreneurs are disappointed with the lack of measurable business results from social media. Could it be entrepreneurs fail to bring their offline personality, online? Hmmmm…..

Here are some of the different networking personas I’ve observed both online and offline:

1. The Wallflower.  Do you know this entrepreneur? At an offline-networking event, they hover near the exit to avoid interaction. Whether it’s shyness or a lack confidence, they anxiously wait for someone to engage them in a conversation, hoping desperately they get asked about their business.

2. The Prolific-Sharer. This person is the exact opposite of the Wallflower. At an offline-networking event, they move from person-to-person, discussion-to discussion, with the speed of a hummingbird. They generously share their business card and sales pitch with anyone and everyone within arm’s length…even if it means interrupting a conversation.

Online, The Prolific-Sharer continually shares links to their blog, incessantly posts self-focused information, interacts only for the purpose of self-promotion, and rarely pauses long-enough to connect. Like the Rabbit in Alice in Wonderland, they have “No time to say Hello, Goodbye”.  It only takes a few interactions with The Prolific-Sharer to learn to avoid them offline and online.

3. The  Professional-Engager. The Engager embodies the professional networker.  At offline networking events, they are engaging and interested in your business. They ask thought-provoking questions and actually listen to your answers. Eighty-percent of the interaction is focused on you, your business, and your interests.

The Professional Engager shows up the same way in the online environment. Even though the connection is virtual, the primary focus is on you. They want to do more than build a database. They are looking to build relationships.

And, please, don’t be The Wallflower with us. Subscribe to our blog and let us know your thoughts. We really are interested in what you have to say.