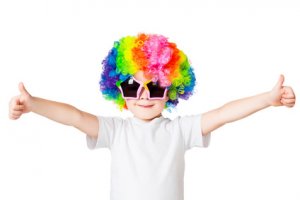 As an entrepreneur, you’re overwhelmed, overcommitted, and overcome with all it takes to successfully grow your business. The notion of saying “yes” might sound counter-intuitive. Doesn’t that mean more of whatever you already have in your already crowded life? That’s what I thought, too….until I read an article in which entrepreneur, Derek Sivers, changed how he said ‘yes’.

‘No’ if too often said to those things which make us uncomfortable, involve some sort of risk (even when it’s a leveraged risk), or where there’s a potential for failure. As a strategic business coach, I see this happen all too often even when those are the very things that would kick-start business growth into high. It’s painful to grow so entrepreneurs opt for caution and play it safe.

‘Yes’ is said to things we think or feel we should be doing to grow our business. We say ‘yes’ halfheartedly. We say ‘yes’ to things that keep us comfortable….and busy. Not only are we not excited, but we have also just compounded the problem. We’ve crammed our day and have little time left for the things that really matter.  The filler becomes like protective clothing and we begin to settle.

Entrepreneur, Derek Sivers, was doing the same thing until he got tired of settling. He set his bar.  If he couldn’t say a robust, wholehearted HECK YEAH to whatever was before him, he would just say ‘no’.  Saying HECK YEAH opened allot of unanticipated opportunities for Derek.

Come on! Are you ready for Derek? No more yes – it’s HECK YEAH or no!

HECK YEAH – I’m in! And, while you’re at it, say HECK YEAH and subscribe to this blog so we can all grow together.