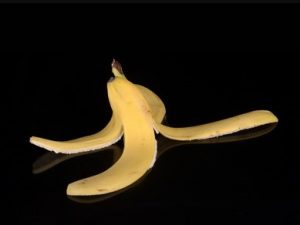 Entrepreneurs are notorious for believing that “if they build it, they will come.” Guess what? That only happens on movie sets and comic books. Don’t sabotage your networking efforts with any of these less-than-compelling behaviors.

1. Don’t show up. People won’t know who you are or trust you enough to refer you if your appearance is a rarity. This is true for online, as well as your offline, presence.

2. Talk too much about yourself. A networking conversation is a dialogue – not a monologue. Avoid strangling your networking efforts with too much information that’s all about you.

3. Being a taker. Networking, and the subsequent lead generating activities that follow, are a mutually beneficial arrangement. Don’t clog the works by overwhelming your networking with unsolicited self-promotion.

4. Fail to follow up. Even the most professional networking endeavors fall short when you don’t follow up – whether it’s to say ‘thanks’ or honor a promise.

Common sense tells us that these damaging behaviors need not to be addressed yet I’m continually amazed at the number of entrepreneurs who kill their changes for greater success with these four simple – yet incredibly damaging – behaviors.

What are some of the ways in which others have wiped out their networking opportunities with you?