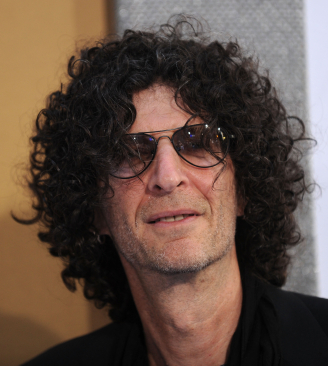 During the past 15+ years, my love of reality TV has waned – as has the interest of my closest friends and colleagues (i.e. my hairdresser). The reality TV of today seems to be of the ‘same thing – different day’ genre. Take American Idol, The X Factor, The Voice, and now, Duets, for instance (Take them, please!). All of them are merely copies of the original.

I don’t have access to the media minds behind these shows but it does seem that about the time the ratings begin to dip, a new judge is brought in to spark renewed interest. Which brings me to Howard Stern…

At the precise moment I’m clicking through my DVR to remove America’s Got Talents from my recording history, NBC announces their latest judge, Howard Stern, one of the most controversial radio personalities of our time. He’s controversial, loud, foul-mouthed, opinionated – what I’m leaving out – and yet I’m sucked back in to the vortex that can only be compared to watching a train wreck. So, what does this have to do with business?

Think what you want about Howard Stern, he is a branding and marketing observable fact.  Each week I tune in to see what antics and entertainment Howard Stern serves up. In many ways, his branding is thought-provoking and fascinating.

Here are just a few things entrepreneurs can learn from Howard Stern:

1. Be an original. No one can argue that Howard Stern is like anyone else. As an original, he’s at ease with himself, his abilities, and it shows. He’s comfortable in his own skin.

2. Have fun. There’s no doubt that Howard is having fun – and so is everyone around him. He’s lighthearted and amusing. Being so puts others at ease and makes you want to join the party.

3. Be engaged. His energetic interaction with the other judges – and the contestants – brings out everyone’s best.

4. Have an opinion….and stick to it. There’s no doubting Stern’s point of view can be shocking but you don’t have to guess what he believes or what to expect.

These are important characteristics for every entrepreneur to develop, especially when you’re ready to take a quantum leap toward your dream.

Is there anything you’ve learned from the “Shock Jock”?