Show Some Respect for ‘Entrepreneur Barbie’ and Female Entrepreneurship!

Mattel’s announcement of Entrepreneur Barbie delighted and disturbed me. As little girls, we were mesmerized by the countless fantasies created with Barbie. Undoubtedly, the launch of Barbie’s entrepreneurial journey is likely to inspire an entire generation of entrepreneurs — as long as they avoid the commentary that followed. 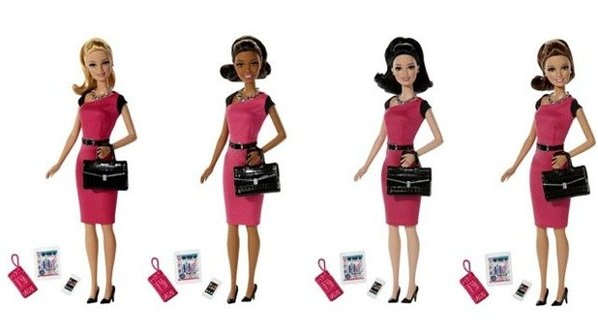 Admittedly, I seldom pay attention to such announcements. They become a passing notation in the day of a busy entrepreneur…until a Twitter post caught my eye. Ray Hennessey (@Hennesseyedit), Editorial Director @Entmagazine, Casual-Free Market Economist, Latin Scholar, & Former Plumber, tweeted, “#Barbie wants to be her own boss. At what, we’re not sure, but…sure!!!” Was that a “little pat on our pretty little head”, Mr. Hennessey?  I was stunned by such a cavalier comment coming from, of all people, an Editorial Director! (Apparently the bar isn’t set very high for such positions OR he’s spending his life with his head in someone’s toilet.)

I wanted to find out what the result of the world had to say about Barbie’s business adventure. What I found was disappointing.

I generally share strong opinions within my close circle of friends and colleagues. However, when it comes to discounting women in business and the wealth of their contributions to the economy, I won’t sit idly by and let others minimize the tremendous contributions of my brilliant and ambitious colleagues who are female entrepreneurs.

The most objectionable was written by Jessica Roy (@jessicakroy) for Times Newsfeed entitled, New Entrepreneur Barbie Proves That the Perfect Work/Life Balance is Just a Tiny Tablet Away. However, its not just Ms. Roy who is ill-informed, Mattel’s Michelle Chidoni demonstrated her lack of insight into the world of female entrepreneurship with her comment to CNN, “We always try to make career Barbie a reflection of the times.”

Since 1997, women-owned businesses have been growing at a rate 1.5 times greater than the national average. With over 8.6 million female entrepreneurs, Entrepreneurial Barbie could have been successfully released a decade ago. (Way to stay current, Mattel.)

The title of Ms. Roy’s article for Times Newsfeed, implying that a tiny tablet is the only thing standing between the female entrepreneur and work/life balance, reflects an unawareness of the demands placed on the women business owner of today.

If work/life balance was solved that easily, we would have been first in line when tablets, tiny or otherwise, were released. Unfortunately, we were unable to attend the opening due to the many demands of business, family, and community.

The Times Newsfeed author, Jessica Roy, didn’t stop with that offense. She continued to minimize the agonizing work of entrepreneurs by stating, “Much like many real life entrepreneurs, Entrepreneur Barbie seems to have little idea of what her company actually does.” You didn’t mean to say this, did you, Jessica?

A recent study by Babson College found that women entrepreneurs:

This information certainly substantiates that women have the vision, capacity, and perseverance to build thriving companies. And, I suspect Barbie will be as brilliant and successful an entrepreneur as the millions of female entrepreneurs building successful enterprises.

Throughout her life, Barbie has pursued 150 other careers before deciding to launch her own business. Now, at the age of 55, Barbie is an entrepreneur.  We welcome her with open arms to the exciting world of business ownership!

Enough of my rant! I want to know what you think about the comments being made about the state of entrepreneurship for women — and Barbie’s outlook as an entrepreneur.