Do Small Business Owners Fear Success? More Than You Would Imagine!

Fear of failure is familiar territory for many small business owners. Perhaps that’s why many willingly stay there. It’s well-known terrain. Success, on the other hand, is uncharted land with unintended consequences we want to avoid. Because of the unfamiliar road, fear of success is rampant among small business owners. 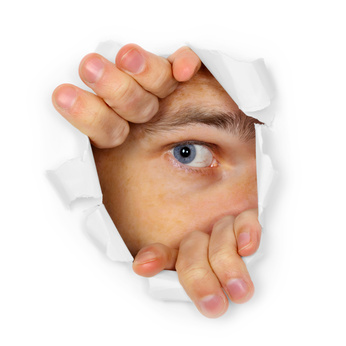 Is fear of success causing you to dodge the accomplishments that would carry you to success? Take this quiz and see if you’re afflicted.

This is a Test!

Boston College professors, Donnah Canavan, Katherine Garner, and Peter Gumpert developed and published the following quiz in The Success-Fearing Personality. Although the quiz isn’t fail-safe, it gives you a pretty good idea of where you stand.

If these statements apply to you, answer yes. Then calculate your score below.

Scorecard: Anything under 5 points means you’re basically okay. Between 5 and 10 points, you’re moderately at risk for self-sabotaging behavior. Between 10 and 16 points, you have a problem.

Fear of success is based on speculative assumptions. “I’ll be overwhelmed. I’ll never see my family. I’ll be buried in my office. I won’t be able to do it all by myself. I’m afraid I’ll be disappointed.” These are a few of the thoughts that run through the minds of small business owners who fear success.

If the fear of success overwhelms you, talk through your doubts and worries with your strategic business coach. Side-by-side, identify the resources you’ll need when your ship comes in and put your unresolved fears behind you forever.